Kenyan comedian Elsa Mpho Majimbo, known on social media circles as Elsa Angel, is laughing all the way to the bank after landing an opportunity to work with Rihanna’s cosmetic brand – Fenty.

Taking to social media, Elsa, who is a journalism student at Strathmore University, could not hide her elation that she had been picked by the leading brand as an influencer.

“My 19 year old self literally got a chance to work with @FentyOfficial. I’m so proud! Thanking the Fenty family, they’ve been so amazing and Rihanna for this amazing brand,” she wrote.

While most of her fans congratulated her for the big move, others were not so amused and claimed that she was not funny and did not deserve that opportunity.

Elsa has been making major moves since the year began. In May, she announced that she had bagged a deal with Mac cosmetics to promote their products in a fun way.

Apart from being recognized by notable personalities such as Lupita Nyong’o, Cassper Nyovest, Elsa has also been featured on CNN, The Guardian and New York Times.

"I paid for his fare and clothes!" Noti Flow blasts Benzema for being broke 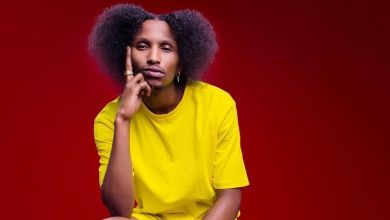